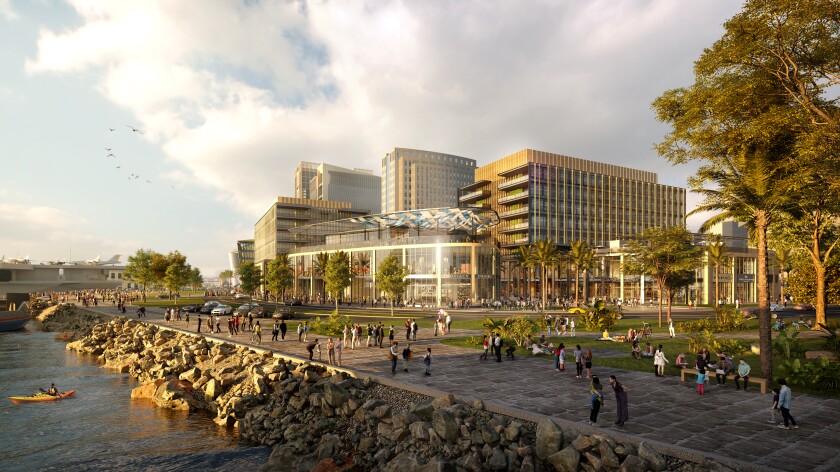 Hoping to make a splash in downtown’s real estate market, a celebrated biotech office developer has purchased more than 8 acres of waterfront land to create a life science city along San Diego’s Bay.

Friday, the newly formed IQHQ real estate investment group, started by storied life science builder Alan Gold, completed its acquisition of around two-thirds — or five city blocks — of the development site known as Manchester Pacific Gateway. The transaction paves the way for what IQHQ is calling the San Diego Research and Development District, or RaDD, as a massive lab-filled campus where ground-floor retail and unrivaled bay views work to recruit the biggest names in the pharmaceutical industry.

“What we’re seeing in San Diego as life science thrives and matures here, and the capital is flooding it, is that the central markets are constricted,” said Tracy Murphy, president of IQHQ, in an interview with the Union-Tribune. “So through our relationship with Doug Manchester, in an off-market transaction, we were able to come to terms right after COVID hit to acquire this site. Our vision for it was not that of a conference center or hotel, but really a dynamic, waterfront urban life science city.”