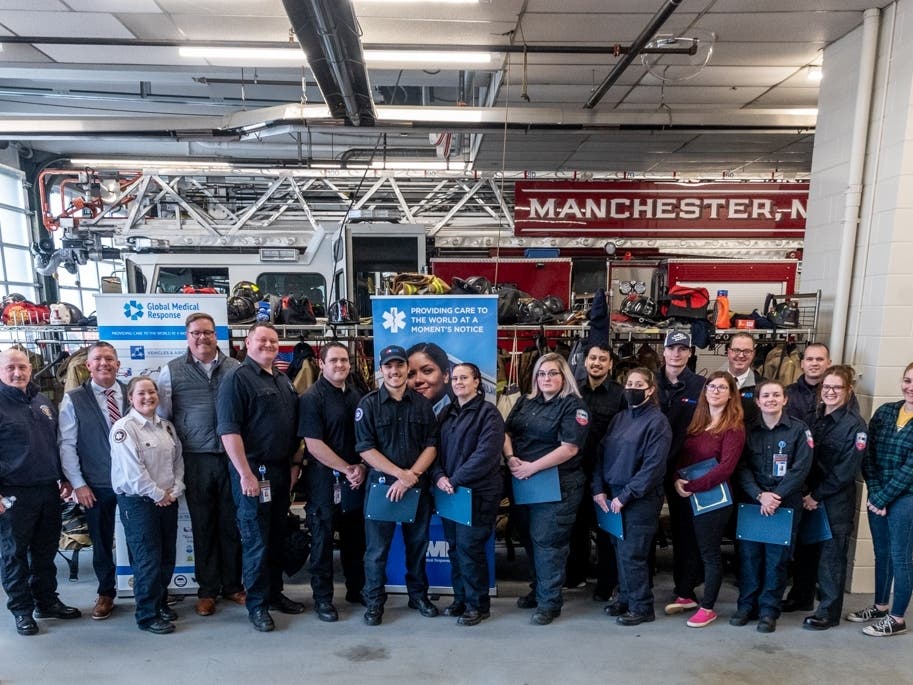 Sixteen graduates were celebrated at the Manchester Fire Station, eight of which were hired as full-time EMTs and eight that are part-time for AMR Manchester. The announcement comes as the country faces a critical EMS shortage.

Over the last 12 weeks, many of the Earn While You Learn classes were taught at City of Manchester fire stations across the city.

“It has been a privilege to work alongside these future lifesavers who have demonstrated a strong commitment to our citizens and community,” said Manchester Deputy Fire Chief Ryan Cashin. “Taking on this role with AMR is a fantastic opportunity to succeed and guide you on a lifelong career path in EMS.”

Sixteen students graduated from the academy, and 56 percent of the class is female, diversity and inclusion are a major part of the program.

“As the pandemic continues, so does the need for more help on the frontlines,” said Patrick Pickering, AMR Northeast Regional Director. “It says a lot about the character of those who applied for, attended, and successfully completed the Earn While You Learn program to become an EMT at a time of such shortages in EMS. AMR is proud to partner with the City of Manchester to promote full-time and part-time job opportunities for its residents.”

“As a mom to three amazing children, it was hard to enroll in school and take a hit financially while having to find the time to work between classes,” Long said. “That’s where AMR’s Earn While You Learn academy came in. I had an opportunity to get paid to train to finally become a full-time EMT, with the opportunity to become a paramedic in the future.”

AMR announced and hired the first group of Earn While You Learn EMT students in the Summer of 2021. The three-month program has made a career in emergency medical services more accessible, ensuring that a candidate is financially secure while in training.

Read the full story via The Patch >>